FIVE-NIL!! It was an inter-school lawn tennis tournament and she was losing the match. Exhausted and low on morale, Asawari chose not to give up. Instead, she continued to deliver her 100% and the unimaginable happened – she won the game 7-5! And it is this spirit of perseverance, such an intrinsic part of this amazing woman that has been the driving force of her life!

Today, she is an entrepreneur with her own consulting firm which helps organisations create ethical and harassment free workplaces. Asawari’s journey is an inspiration for all young professionals who are ready to take up challenges and move out of their comfort zones. The key is hard work.

Early in her career, Asawari’s confidence really took a hit working with an unappreciative boss. Her capabilities were constantly undermined, she was made to believe that she wasn’t worth the job, that she didn’t deserve to be there at all. She felt what anyone would feel in this situation – she wanted to get away from the incessant criticism and her first impulse was to resign! Only to realize later that the treatment meted out to her was because she is a woman! 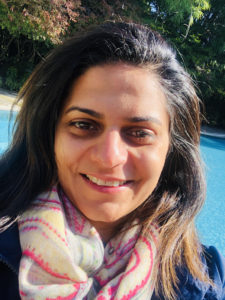 But unlike what a fainter heart, let alone a 20-year-old, would do in this situation, Asawari gave it serious thought – she was back at work after a 10-day break. With the help of the HR department, she demanded a change in teams and got right back up on her feet! This comeback required courage, strength and most importantly – perseverance. “I realized that no one can tell me my worth, I know what I’m capable of”, she says. Though the events were unpleasant, they led to a hugely important lesson in professional life – if you take criticism to heart, it will break you.

I realized that no one can tell me my worth, I know what I’m capable of

Her first job taught her everything she knows about being a professional today. When she joined, KPMG had just over a 150 people.  Asawari recalls how it was like a big family where everyone bonded because they could interact with each other.  She developed many strong relationships and learned a lot from them as the company grew. Seeing the transition from a few hundred to a few thousand people, Asawari realized the importance of taking the time out to bond with peers in order to build solid connections.

She learned an important lesson in understanding people and working with them when one of her peers refused to help her with the accounts until she spoke in Hindi! Not well-versed in the language, she started making an effort from that day on until she was able to communicate comfortably in Hindi – that earned her his respect and got the work done! She laughs thinking about it, but it made her realize the importance of shelving the ego to see another person’s perspective – and often the shift is so small, yet it results in the building the foundation of a strong relationship based on respect. She was tested – and passed with flying colors!

Asawari has always pushed herself to do the best she can – studying for the formidable CA exam and clearing it while pursuing an articleship from KPMG is not a piece of cake, but she took up the challenge head on. Like a diamond that attains its true form after years of pressure, Asawari emerged the professional she is today owing to the years of learning from people she encountered and situations she found herself in.

She has worked with one of the biggest retail organizations and yet faced resistance when she joined them as a Lead to manage the Ethics and Anti-corruption compliance for India. Well, they were all older men, at least 10-15 years her senior in age – and here was Asawari, a young female ethical investigator they had to work with! Her job profile didn’t help – it made her seem more unapproachable. Though she felt alienated, Asawari worked her way around it. She made the effort to get to know them, either over a coffee or just a light interaction, she used her ability to communicate freely and transparently to build stronger connections. 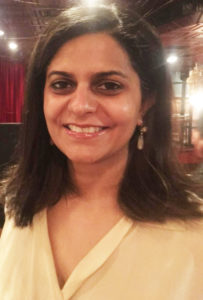 She empathized with her co-workers, trying to understand their problems and offer a solution.  Eventually, as the team began to know her better, the co-operation improved, for Asawari did not fit the stereotype! “Relationships are a constant give and take”, says Asawari. She overcame this challenge too, with patience and persistence.

Relationships are a constant give and take

For her, “active listening” is an intrinsic part of her personality – and that has made her an effective communicator.  It’s important to know people – only then can you build a rapport with them, especially if they report to you, or are cooperating with you on any one of a million tasks. She believes that cooperation comes with trust and if people don’t know you, they can’t trust you!

Just last year Asawari partnered with a colleague from her early days at KPMG to start off their own consulting firm to create ethical and harassment free workplaces. She has brought the learnings from her corporate life and her “never back down” attitude into this venture too. In her line of work, integrity is everything and for that one must stand their ground even at the cost of losing a client. And even though the stakes are higher in case of firms that are that just starting up, Asawari stresses on the importance of being true to yourself and being strong, because doing the right thing does not come easy. She believes, “You have to be proud of what you do, and you have to do the best for your client.”

You have to be proud of what you do, and you have to do the best for your client.

Not owing her success to a single mentor, Asawari believes that every day and through every situation that happened in her life, she learned something. Despite growing up on a tea-estate where life could be luxurious and easy, her parents ensured that her education in a boarding school was the best available and this taught her discipline, independence and helped her to identify her capabilities. All the people she worked with, have contributed towards making her what she is today. “Every situation, every person, from peers to house help, teaches you something and makes success possible. You can’t work alone.”

Asawari Kapur is an alumna of Mayo College Girls’ School, Lady Shri Ram College for Women, a Chartered Accountant, and a Compliance specialist and corporate investigator. She started as an Article at KMPG, where she worked for 14 years and acquired the position of an Associate Director-Risk Advisory, after which she moved to Walmart India as General Manager of Compliance. Today, she is the co-founder and partner at SolvingComplexities – where she aims at creating ethical and harassment free workplaces with her partner, who is also her peer from early KPMG days.

A compliance specialist and corporate investigator deals with statutory compliances and matters of fraud, corruption, bribery, and sexual harassment at workplaces. Investigators work towards identifying the credibility and details of allegations made under these heads, whereas consultation entails training and educating employees about corporate ethics as well as helping complainants.