Ashok Bajpai has seen it first-hand – the internet bubble burst, Wall Street collapse, the World Trade Towers hit by 2 suicidal jihadis flying into them. And now, the Pandemic.

Yet as he says, the principles of business and management stay the same.

Ashok was the first employee at Taco Bell in India, a subsidiary of Yum! Brands. He was handed a laptop, the title GM & Country Head and  his boss and mentor Niren Chaudhury told him to go forth and prosper.

And so he did!

Giving Niren Choudhury due credit for being a mentor in the truest sense of the word, Ashok says that he learned about Trust and Respect at Yum! Brands. Niren was as steady as a rock, casting a great leadership shadow over the organisation. People trusted the decision-making capacity of Yum! leadership, and when leaders are trusted, magic happens!

Creating company culture is no more or less than creating an excellent product. Neither is possible unless it is driven by passion. “Passion gets created by people who are motivated, and people are motivated if they are trusted and respected in their organisations”. Excellence, then, is a result of the environment you create for your teams to work in.

Passion gets created by people who are motivated, and people are motivated if they are trusted and respected in their organisations

So Ashok, a very recent diplomat, set out to conquer the retail world with a laptop and a high degree of curiosity. What he had to do was create the concept, which had to be friendly to the Indian environment, the science of the food, the profile of the consumer, real estate for stores – it was about creating the brand.

This was how he did it:

There were no shortcuts – and this was Ashok’s entrepreneurial journey in a way. Rewards came in only after the first year of grueling work – as he says “he justified his role, starting to add value to it and….” the rest is history!

While people have been the mainstay of Ashok’s success, he is a systems and process man! We insist he is holding back, and finally he shares with us that he is immensely proud of the Consumer Insights Process that he created for Taco Bell. Who would have thought that the concept for a restaurant would be on an excel sheet!

In Ashok’s words “We did 1000’s of surveys, ending up doing huge amounts of qualitative and quantitative data crunching. We took that hard data and designed a menu that made sense!”

And then he asked us: “Did you know that in India, there are 11 reasons why you will eat out?”

Of course I ran through the potential reasons in my head but boy! I wasn’t even close! For the first time I felt the excitement of finding patterns in data! Ashok gave us two examples and left us guessing the rest!

Reason 2 (of 11) – The Family time – something for everyone – and for a family of 4, it’s two pizzas! A margherita for mom and dad, with the kids deciding on the second one!

What they found was the purpose dining out served basis the time people dined out at, what they were going to order, how long they were going to sit there, and how much they were going to spend. They compared the existing format, founds the gaps, and filled those gaps in a manner that was meaningful to the people who came to the restaurant. They also understood the ‘vegetarian veto’, where if there is a vegetarian in a group of several diners, choices of which restaurant to visit is often guided by their preferences. Therefore, appealing to the vegetarian palate was also extremely important. In fact, Taco Bell launched with almost 50% of its products being vegetarian!

What he has, is not a system or a process, Ashok insists – “It’s a satisfied customer at the end! He got what he wanted because we had done the hard work of figuring out what he wanted! That’s how you use data!”

It’s a satisfied customer at the end! He got what he wanted because I had done the hard work of figuring out what he wanted!  That’s how you use data!

Ashok reiterates for us – to get exceptional results you have to build trust and respect amongst your colleagues, teams, customers. In an endeavor to continuously improve oneself, you have to be genuine, and you have to believe in people.

If you are leading you have to walk your talk. There is absolutely no room to hide. 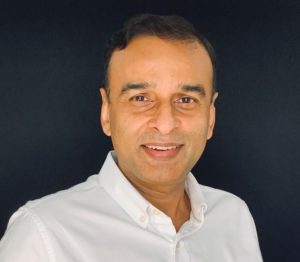 Mr. Bajpai began his career with PwC Consulting in Los Angeles and later joined the Govt. of India, where he served in the Cabinet Secretariat and was also posted as a diplomat in New York. In 2005, he returned to the private sector as Chief Operating Officer of Arcelor Mittal in Indonesia. He then joined Yum! Brands as Country Head of Pizza Hut Delivery and also launched the country’s first Taco Bell. In 2014, he became Managing Director of G4S South Asia and in 2017, he became Managing Director of Apollo Hospitals in New Delhi, where he served until June 2019, after which he joined IHH as Group Head of Operations & Integration.