Discovering one’s “why” fills every waking minute of life with meaning and purpose. For some, this is derived through real-life experiences, and that’s the story of Jayant Bakshi. Seeing his friends and colleagues become victims to gender bias at the workplace, young Jayant (today an advisor and ethical investigator) found his driving force – to right the wrongs he had witnessed. Eventually, it became his life’s purpose, his ikigai.

Why, I ask him, is he so passionate about this cause? 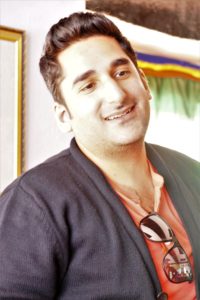 “Ever so often, a friend would share how an uncomfortable personal comment from someone (at her workplace) was demeaning to her”, says Jayant. He saw women being bullied, harassed and called-out on their clothing, hair, and makeup – their capabilities and talent being reduced merely to appearances. Not only did this harassment and incessant embarrassment affect their mental and emotional health, but also slaughtered their self-confidence.

Ever so often, a friend would share how an uncomfortable personal comment from someone (at her workplace) was demeaning to her

It bothered him to see these highly qualified, well-educated women unaware of their rights; and hesitant to fight back because of the power their abusers held. Reporting such incidents meant losing friends, losing support of peers, and sometimes even worse, losing their job. No wonder most of them felt it wasn’t worth jeopardizing their career – for which they had worked extremely hard. Jayant realized that though women work as hard as men to achieve success at work, gender biases force women to prove their worth at every step in their professional journey.

For Jayant this underscored the importance of ethical investigators, advisors, and trainers who would educate employees on what constitutes workplace harassment under the existing laws in India as well as empower men and women to fearlessly report such instances of harassment and gender-based prejudices.

Curious to know more, I ask Jayant how cases of men being sexually harassed are different than those of women. “The worst part is”, he says, “even today these cases are rarely reported!” All because the proud male can’t be the victim, the strong male can’t complain. Such cases are much fewer in number than those reported by women, but the real question remains – are men confident in reporting such cases? Harassment at the end of it, stems from one thing and one thing only – abuse of power.

Harassment at the end of it, stems from one thing and one thing only – abuse of power.

Jayant is passionate about educating organisations and individuals, especially men, on gender equality and its repercussions for women. He believes that our traditional patriarchal society and the emanating gender inequality leads to various kinds of harassment and biases.

“It’s a wonderful feeling to know that your words can have a profound impact on people”, Jayant says, recalling an incident from one of his trainings where a participant felt he could not wait to get home and share with his children what he had learnt about “unwelcome acts & comments”! Imagine the ripple effect this kind of training could have on the society at large!

This made him believe that training one person is equivalent to educating an entire family – it positively impacts the thinking of our next generation. He is taking the first steps towards this at his company, SolvingComplexities, where Jayant along with his partner Asawari Kapur, organize free trainings for women who cannot afford consulting sessions.

“With equal rights and education for everyone, change is inevitable”, claims Jayant. Though there is still a long way to go – the foundations of change have sprouted in the form of gender-neutral workplace policies, unbiased investigations, regular anti-harassment trainings, and supportive HR systems, all of which are being implemented not only by MNCs but also by Indian organizations.

With equal rights and education for everyone, change is inevitable

Jayant finds his source of strength, support, and inspiration in three women in his life – his mother who taught him the first lessons on respecting women and gender equality; his wife who is herself a successful lawyer, advocating the importance of safer & inclusive workplaces, and Asawari, his friend and partner at SolvingComplexities who first-hand witnessed harassment at work and shares Jayant’s dream of making the world a better and safer place.

To do what he does, one requires a great amount of sensitivity as well as a practical outlook, an approachable personality – someone you would be comfortable confiding in, without fear of judgement – and Jayant ticks all these boxes! When he is not conducting sessions on anti-harassment and gender biases, his getaway, his haven is found in books. Quite unlike what one would expect, they are not books on law or business but poetry!

He lights-up when talking about his love for art, architecture, music, and reading. “I can read almost anything that’s well written”, he laughs. A fan of Shakespeare’s work, Jayant loves watching plays at the Shakespeare Globe when he’s in London. This reminds me of a quote from Hamlet that fits Jayant perfectly!

“This above all: to thine own self be true,
And it must follow, as the night the day,
Thou canst not then be false to any man.”

“Yes, friends and colleagues are mindful of their gender-stereotyped comments when I’m around”, admits Jayant when I ask him about the blend between his life and his work, “I never pick arguments though, I use humor to get my point across and it works!”

Jayant Bakshi is a graduate from Shri Ram College of Commerce, a CA, an ethics and compliance specialist and a corporate investigator. Last year, along with his partner Asawari Kapur, Jayant started his own compliance firm – SolvingComplexities, which helps in creating safe and harassment free workplaces.

Jayant started his articleship at KMPG, where he worked as a Consultant for 2 years, before moving to EY after which he came back to KPMG – this time for 8 years. He was Associate Director at KPMG before he moved to PwC where he became Director.