When you believe in something, and I mean really believe from the core of your being, then you will turn heaven and earth to achieve your goals. And if that “something” makes an impact on lives, then it has the power to change you! For Pradeep Kashyap, founder of MART, India’s first rural marketing consultancy firm, rural development and ‘Freedom from Poverty’ were his twin engines. 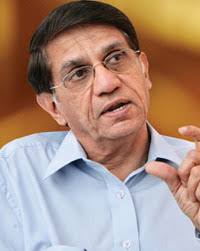 After 18 years of working in the automotive industry, Pradeep turned his life around by venturing into what was then “the road never taken” in the Indian context – rural marketing. MART opened up a new market, and established Pradeep as a thought leader.

He pioneered several concepts of “inclusive marketing” to tackle poverty (This refers to the messaging, people, processes and technologies that enable marginalised or underrepresented groups to fully experience and connect with brands). One of them a Public-Private-Community Partnership where 50,000 poor, rural women have become door-to-door dealers for Unilever brands under a win for all Project Shakti is a case study at Harvard. This has established MART as an ‘Endearing Organization’!

For almost 3 decades, Pradeep Kashyap has been head of the MART family as the patriarch. What he started 27 years ago is the only organization of its kind – no-one else does what they do, and no other organization has a similar culture. It is a rare example of a non-family business that has a family culture.

Inspired by Mahatma Gandhi’s idea of being a ‘leader who serves’, Pradeep has adapted this to his own style of leadership. He is proud to be a leader who serves! While he has trained and mentored his team, he has also been the chai-maker, dish washer and toilet cleaner– tasks that have been for him a labour of love. He serves his team members like family. Renouncing hierarchy and ego.

“In a family there can be disagreements, arguments, criticism, but you will still be a family”, says Pradeep defining the work culture at MART. He believes that caring is what creates a bond – if you care for your employees you will be rewarded with their trust. And a family’s strength is trust. With many employees living alone in town away from their families, Pradeep and his wife lovingly played the role of local guardians. Driving a sick team-member to the doctor and looking after them is not the usual boss-employee relationship we take for granted.

In a family there can be disagreements, arguments, criticism, but you will still be a family

Every now and then, he would take all the employees out for lunch followed by a movie. Pradeep believes it works wonderfully as a team-building exercise and strengthens relationships and trust. Through these small gestures, he has created the foundation for MART’s family culture which continues, though somewhat diluted, as the number of people in the organization increased.

The four pillars of MART’s culture are service, caring, trust, and fun!

The family culture is often criticized for being too unprofessional but Pradeep’s faith in the system never wavered. He knows it paid off – for many employees MART has been their first and last job and those who have left, after working 15-20 years, many are still in touch. And that is the beauty of being a family member – “No matter where you go, you’re always part of your family”, says Pradeep. Even though he has officially retired, he continues to be a part of MART.

No matter where you go, you’re always part of your family

MART and its culture have been the subject for a case study conducted by Prof. Ishwar Dayal, one of the founders of IIM Ahmedabad and IIM Calcutta. Prof Dayal was considered the management guru on family culture in organizations, and their values. He had hypothesized on the subject, without ever seeing a real-life example, until he witnessed Pradeep’s presentation on MART. All his theories had been proved! Here was a man who valued the family unit – who was not so bound by ego that he couldn’t care, really care for his people! Pradeep, according to Prof Dayal was the guiding light of MART – it’s lighthouse. 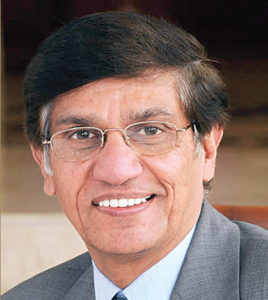 Pradeep Kashyap, the founder of MART has been called the “Father of Rural India” by Prof. C.K. Prahalad in his book Fortune at the Bottom of the Pyramid. He has been Marketing Advisor to Ministry of Rural Development and served on PMO and Chief Minister Committees on rural development. A World Bank and United Nations consultant, he was also the Chairman at Khadi Commission National Marketing Committee and member of the NABARD and SIDBI national advisory committees. He has worked for nearly 2 decades with MNCs like Exide, Bosch and Denso and the next 27 years as Founder & CEO, MART.