“GET OUT”- said the Mudhir al Aam to me in Hama (a small town between Damascus and Aleppo in Syria). This had never happened to me despite having travelled to more than 100 countries in a career spanning more than 40 years in international business!

During my initiation to the Arab world I was given invaluable tips by a frequent business traveler to these parts that it is important to be sensitive to cultural, social taboos and norms of behavior to make a personal connect. Kissing men folk three times in alternate cheeks followed with hand on heart, no handshakes with women folk, no crossing of legs when seated, eating from same plate to signify bonhomie and equality in equal measure – something very different for our norms of “Jhootha”!

One of my first meetings was in Hama -240 kms from Damascus where I had secured an appointment at 7 a.m. with the General Director (known as Mudhir al Aam) of a state owned tyre company. I was up at 4 a.m. , sleep deprived , dressed in a formal suit drove from Damascus to Hama to reach before 7 a.m.

I was ushered into a massive meeting room with the Mudhir al Aam at the head of the table with both sides lined with senior managers of the company. “Get out” he said quietly. I thought he was joking and sat down in the chair across from his desk with a chuckle.

“GET OUT!”, he exclaimed. His eyes and his spectacles now blazing with fury. Never had I been yelled at by a prospective customer even before I had spoken. There was a chill in the afternoon Hama sun that had nothing to do with the ambient temperature. Mudhir al Am was genuinely furious at me. “But, but…” I stammered as I rose from my chair. “What have I done to offend you sir?”

He waved my business card made of expensive handmade fiber as is de-rigeur in the Corporate world and said, “You people don’t even have proper business cards and you expect me to buy from you?! All the other salesmen carry proper machine made cards to show respect to the customer!”

I saw no way out of this conundrum.

As I turned to leave, I bemoaned my ten years of University education – including an MBA and in International marketing where I had never been taught the basics of business card design! Mudhir al Am got up to show me out, and as he walked, he tilted to one side, as if his back hurt.

Dropping on all fours, with scant attention to the consequences for my suit and tie, I went into the Bhujang asana (cobra pose) in yoga and said to him, “I have the same problem sir, and this exercise has saved my life!”

“Hmmm…” and he joined me on the floor to mimic my stretch. Ten stretches later, he got up, and stood straight without so much as a wince. He smiled, invited me back to his office, where we talked about yoga and meditation, drank some wonderful floral Zurat tea and ate some Arab sweets.

This was the beginning of a beautiful friendship and a tremendously profitable commercial relationship!

Why do I tell you this story? It’s the Magic Potion – I learned two important lessons that are critical in any marketplace transaction, domestic or international. I had failed to empathize with my prospect before meeting him. The cultural norms that prevail in Syria are not the same as those that prevail in Iraq. A little thought, a little research and a little humility would have alerted me to the importance of a simple thing — a machine made business card.

Since then, wherever I have traveled, and whomever I have met, I have tried to put myself in their shoes to understand the emotional factors that motivate them. This empathy fires “mirror neurons” in the recipient of empathy, according to neuroscientists. Its why people smile back at you when you smile at them. And, as a result, business follows, because people buy more than just a product. They buy the people that sell the product. The second lesson I learned? Practice yoga and meditation. You never know when it will come in useful!

Currently, President of the International Business Division of a large corporate for the past two decades.
Naveen has an Economics degree from St Stephen’s College, Law degree from Law Faculty(DU), MBA from FMS, International Marketing(IIFT). 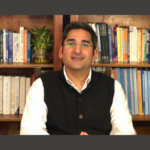 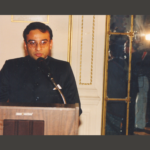 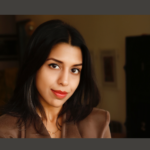 Sameera Sandhu – A Woman of Steel 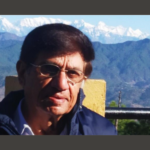